“My technique is based on inhibition, the inhibition of undesirable, unwanted responses to stimuli, and hence it is primarily a technique for the development of the control of human reaction.” The Universal Constant in Living by F. Matthias Alexander (Mouritz, 2000).

Awareness of and changing one’s reaction to stimuli is a core concept of the Alexander Technique. And to me, being an Alexander teacher is ideally not very different from being a person who wants to wish right, think right and do right. I aim to show up to life’s challenges as a whole person. And, albeit often reluctantly, I welcome the discomfort that leads to change (call it learning, growth, adapting). 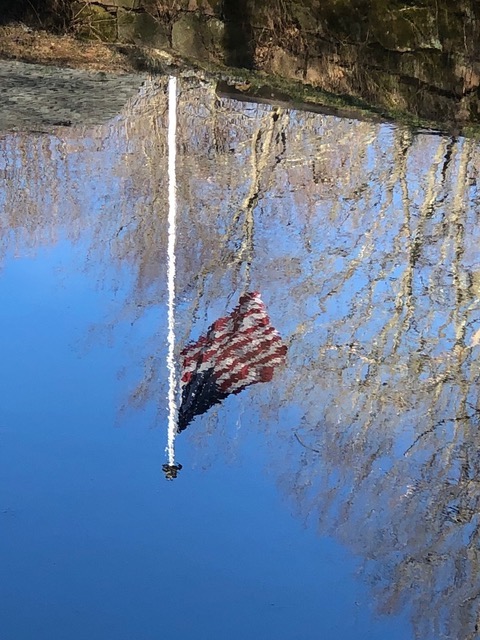 As much as Covid-19 related restrictions on my personal and work life affected me, I found the social and political strains of 2020 harder to bear! The public atmosphere took my breath away, darkened my mood and constricted my heart, it caused personal conflict and paralyzed my usual coping mechanisms.

But the year was not a loss, there was much to digest and learn! Social justice and challenges to diversity, equity and inclusion were unavoidable stimuli. What were the conditions asking from me?

In order to describe crucial moments of growth I will go a few years back: In college my son had a smart and beautiful girlfriend, and it was his first girlfriend! When people asked me about my handsome and smart son, I happily reported that he has a girlfriend ‘and she is black.’ Wasn’t I just so cool and non-racist? It didn’t take me too long to take in new morsels of information (including some feedback from the smart and handsome son), and it dawned on me that I would never announce ‘… he has a girlfriend and she has red hair!’ (I like red hair!)

Still before the events of late May and June 2020, exactly on May 10, 2020 I needed some nerve-racking tech support and was connected to the most patient person in the universe, somewhere else on the globe, who solved my problem patiently and politely and without a trace of condescension! When my situation was finally resolved, I sincerely thanked him, then complemented him on his English!! As the words left my mouth I was already deeply embarrassed about the very fact of my condescension. In order to make things better I somehow stupidly referred to Mother’s Day, which apparently had no meaning in his life or culture. I wanted to be super nice to this marvelous young person, but was not paying attention to my cultural inappropriateness and the way my white privilege communicates. The interaction also showed how I am connected with people all over the world, able to use their expertise to my advancement! I was on a path of awareness, but pretty much off-course.

Then George Floyd died and turmoil erupted. It was time for me to shut up, connect, read and listen! Because we were in the middle of 2020, it was easy to find support and it was easy to connect, because everything happened online! My church and my professional organization became the two most instrumental support groups on my path. We read, we met, we watched, we discussed, we confessed, we talked and we listened!

Over time I became more sensitive to issues of privilege and whiteness. My learning reached beyond my son’s girlfriend and my tech person’s patience with a clueless white woman. I also had the good fortune to experience some eye-opening interactions with students and clients during the past 12 months.

In late 2019 I met a new female client; knowing her history and concerns it was professionally appropriate to ask about “her husband,” except that it was socially inappropriate: her answer was “I have a wife. ”It was not terribly embarrassing for either of us – in that moment – but still, in a first meeting I had put a lot of responsibility on my client to overcome my stereotypes. Why should she trust me? I am embarrassed about it now.

This past summer I was contacted by a new student, whose name and accent indicated a Middle Eastern background; I realized that asking him about his name or ethnicity had absolutely nothing to do with his reason for coming to me for lessons. It would just be my concept of being nice and open. Something started to click.

Just a month ago, a relatively new male student mentioned “my husband and I …”- The remark didn’t cause even a ripple of surprise in me, just gratefulness for being considered unbiased and non-judgmental, I felt included in a larger circle. That’s when I realized that I had changed on a deeper level.

But one thing is certain – I will make many more mistakes. In our complicated and multifaceted world I will have many more chances to experience discomfort! And these future situations will give me opportunities for deeper awareness and ongoing practice.

“It is comfortable for me as a white person to live in a racist society. We’ve got to start making it uncomfortable and figuring out what supports we’re going to put in place to help us continue to be uncomfortable, because the forces of comfort are quite seductive.” Robin DiAngelo, author of White Fragility

I thank my talented friend Cindy for the photo! She commented ‘I do think the flag being upside down and the ripples convey the crazy world we live in and hopefully it will right itself and become clear and crisp again with our growth and insight learned over the course of the year. Cindy Trifone